DEWILDED is an anagram of Ed de Wild (1972), artist and architect based in the Amsterdam Metropolitan Region.

After decades of working for renowned Amsterdam Architects and interior architects (such as Benthem Crouwel Architects and RAU), he changed course and freed himself from the straitjacket he had grown into.

With a successful exhibition of a first series of reliefs about landscape, archeology and imagination, his new life as an autonomous visual artist started.

Since then his work has shifted further and further from the architectural to the autonomous. It's still characterized by a great presence of structure in space and time, but it also stimulates the imagination, in search of an existential and universal truth. 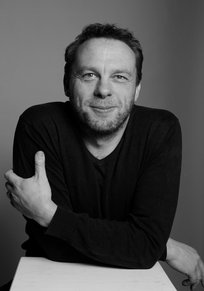